I Should Have Been A Cowboy

Sipping wine one spring evening, I gazed across the verandah of my apartment to the dark velvet water of Sydney Harbour, and said, “I have something in my blood.”
My mother, convinced since birth that I would soon expire from misadventure or dreadful illness, looked at me as if her fears had finally been legitimised, “What sort of thing?”
Realizing she was taking a mental inventory of all the blood-born diseases she could remember, I clarified, “I mean, I have itchy feet.”
Although anatomically sloppy, it was the best description I could come up with for the grinding tension in my chest. Here I was, on my scenic verandah, in my comfortable apartment, with my secure job, and all I could think was, What am I doing here? When I could be out there?
Then, quickly, before my mother could envision some terminal form of tinea, I elaborated,  “I need to find a frontier.”
Her fears of my having contracted a deadly disease gave way to recognition of a greater threat; the threat of me going away.
“Why do you need a frontier?”
“I need a challenge.”
“Hmmn.”
She thought on this for a few moments before diagnosing and simultaneously offering a veiled judgment of my affliction. “Your father always had itchy feet.”
My birth father boarded in his Bell helicopter when I was eight, took off on an extended trip around Queensland and the red center and - not deliberately but by manner of emotional negligence as far as my mother was concerned - flew largely from our lives.

When I was growing up, I wished I had been born a century earlier. I could have had a horse, like the boy star of Rin Tin Tin, and spent my days galloping around the wild west. Or maybe I could have been an Indian (who also had horses). In fact, I would have liked to be born into just about any society who cohabited with horses and rode them daily. This was before I realized how minimally women were represented in any of the more adventurous exploits on the silver screen. Flipper's two companions were boys, as were the protagonists of my favourite novels by Willard Price. Gosh, even Pinocchio was male. I certainly would not have thrived on baking, doing chores around the home, or needlework, and I loathed wearing dresses. No, I decided, it would be much better had I been born a boy. 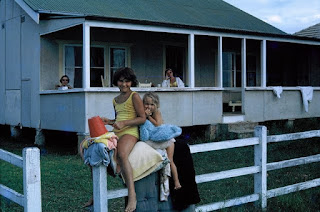 There was a family story (possibly apocryphal) that my parents had predicted, expected, and indeed prepared for their firstborn to be a son; even going to the lengths of christening me “Bryan” before I arrived. My early toys certainly had a masculine influence; a battery operated jeep, a Mechano set, and a pair of tiny desert boots that I assumed were gifted in preparation for me to join my father on one of his Central Australian expeditions.
Unable to do anything about my misfortune in being born a girl, I decided to ignore the fact. I insisted on having my hair cut very short and wore only shorts and trousers. My favourite bedtime stories were of Daniel Boone and Davy Crockett. I dressed as Batman, or The Lone Ranger, galloped around astride my broomstick “horse”, shooting my cap pistol at imaginary outlaws, and loathed dolls and dresses. What an exciting life! Adventures were to be had at any time of day by simply donning my hand-crafted Astro Boy pendant, yelling, “Shazam!” and flying around the backyard chasing bumble bee villains with my bamboo Ray Gun. 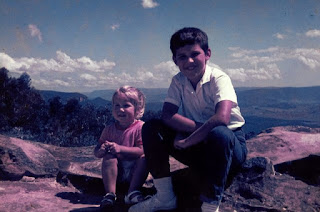 I did eventually come to terms with, and finally embrace, my feminine reality, but adventure  became more elusive as I grew into a responsible adult and, finally, a mature woman. I tried to write my own; spending hours at the typewriter keyboard, conjuring attractive protagonists in dire situations. I tried to vicariously enjoy other peoples’ adventures through books and films. But something happens inside us when we morph from child to adult, and make-believe is no longer good enough. The adventures have to be real, the danger tangible, with fear you can taste, that yield wordly treasures you can actually feel. And they have to be your own.

Considering the fact that most of us don’t live in a galaxy far, far away, make a living in forests inhabited by bears and mountain lions, or traverse the jungles that cradle King Solomon’s Mine, adventures are not exactly a part of our day-to-day lives.


What was the greatest adventure of your life to date? Was it one you sought out and pursued? Or did it sneak up when you weren’t looking? Did you leap into it feet first or were you dragged kicking and screaming? And what was the prize at the end?
After almost five decades of trying, with some grand adventures and some sad mishaps, some prizes and some failures, I can now reflect on the fundamental things that transform life’s everyday events into captivating and magical experiences.
Copyright Geraldine B Hunt - February 08, 2018
Email ThisBlogThis!Share to TwitterShare to FacebookShare to Pinterest